Join us for a brunch with fashion designer Rabih Kayrouz in his London boutique.

From its creation in 1999, maison rabih kayrouz has embodied couture savoir-faire in the most meaningful sense. It weaves its vision with creativity and integrity to produce a serene and generous interpretation of “luxury”. Everything they do traces back to the gesture of the hand. In doing so, their prêt-à-porter range launched in 2009 and they were awarded the official haute couture appellation in 2019.

Open in 2020, the house’s red-brick flagship on mount street in mayfair leads the visitor through four rooms presenting the house’s clothing lines, ending in the couture salon. Mixing sanded wooden floors and original fireplaces with precise design elements, the clothes do all the talking.

“I believe in couture as a means of expression. it’s free, it’s about emotion, about dreaming. when i make ready-to-wear, i keep the emotion and dreamy aspect of couture. i’ve always wanted to create for the pleasure of women, i love that clothes can be either protective or seducing, when women play different roles.”
Rabih Kayrouz 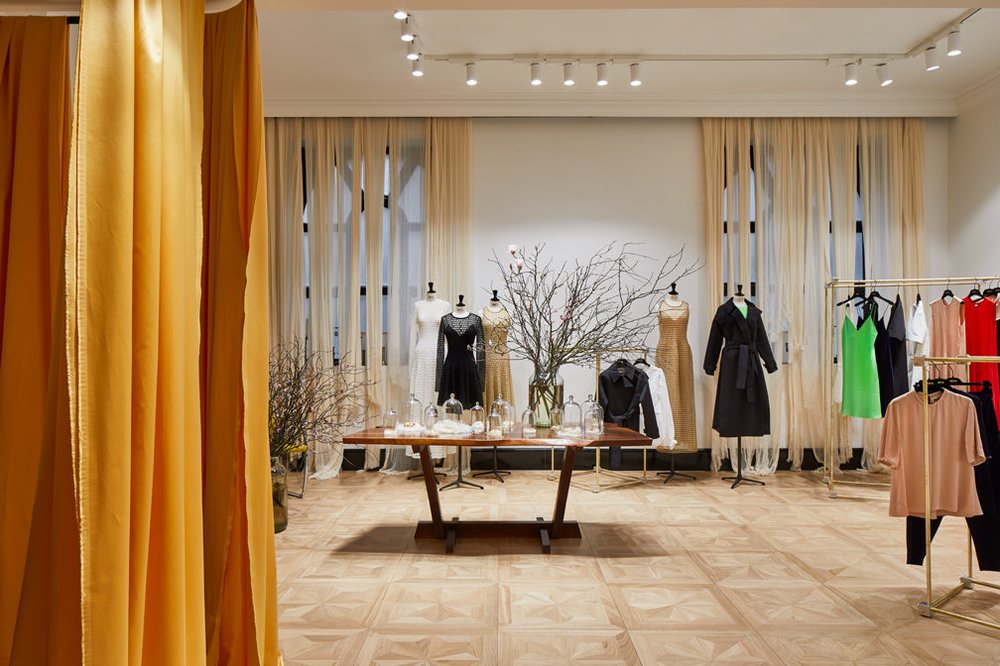