After being the first art fair in the world to open its doors in September 2020 after lockdown restrictions ended, Art Paris will also be the first art fair to take up residence in the Grand Palais Éphémère on the Champ-de-Mars from 9th to 12th September 2021. Designed by reknown architect Jean-Michel Wilmotte, this spectacular temporary structure which is situated in front of the École Militaire and close to the Eiffel Tower, will host events scheduled at the Grand Palais until the building reopens for the Olympic Games in 2024.

Art Paris has established itself as one of Paris’s major art fair for modern and contemporary art. This forthcoming edition will bring together 140 galleries from over twenty countries, displaying art spanning post-war to the contemporary period. Whilst Art Paris is a place for discovery, its distinctive feature is a special emphasis on the European scene combined with the exploration of new horizons of international creative hubs in Asia, Africa, the Middle East and Latin America. Regional and cosmopolitan, the 2021 edition counts 39% of new participants and is marked by the arrival of leading international galleries including Almine Rech, , Continua, Massimo de Carlo, Lelong & Co, Kamel Mennour, Perrotin and Thaddaeus Ropac. 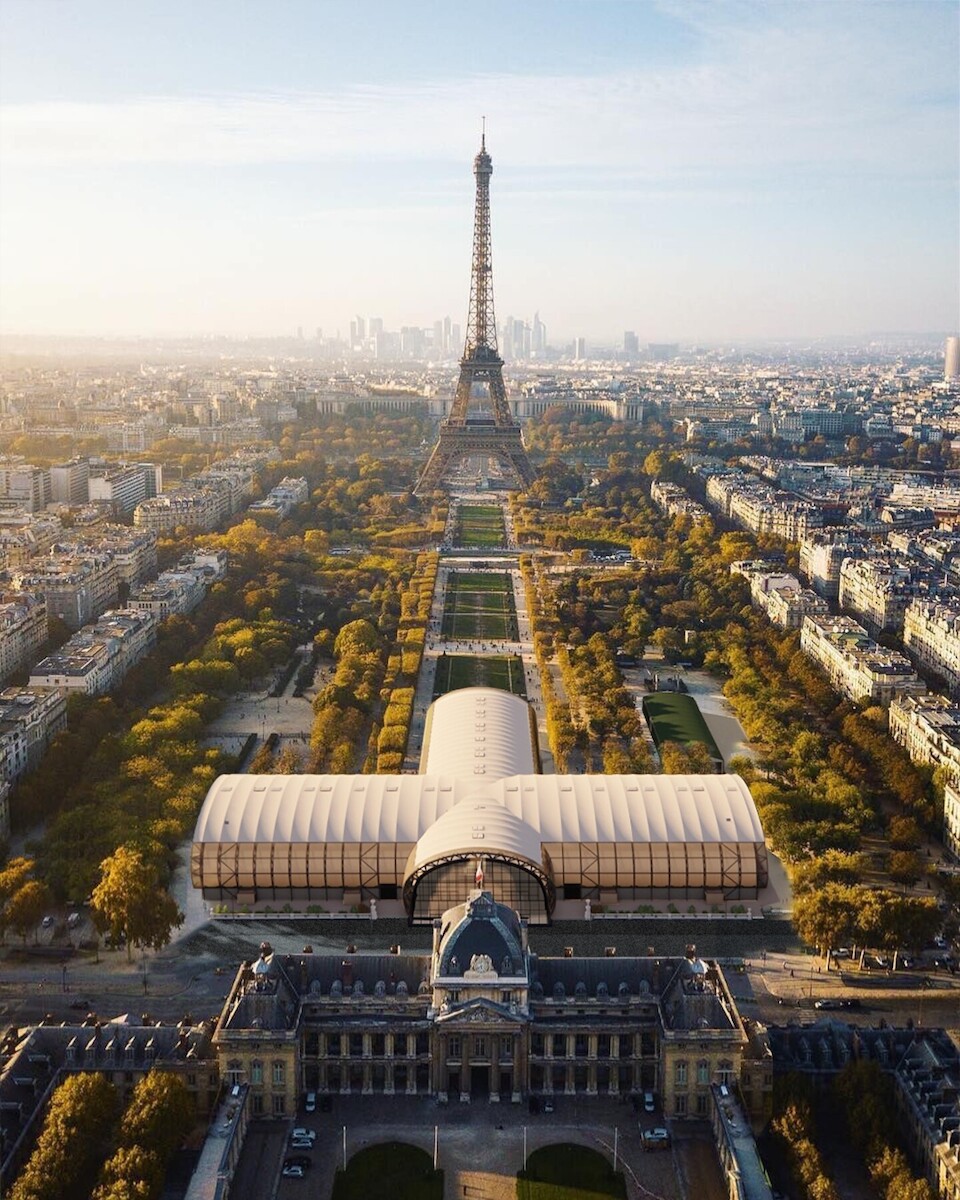